Filming for The English Mansion and Merciless Dominas 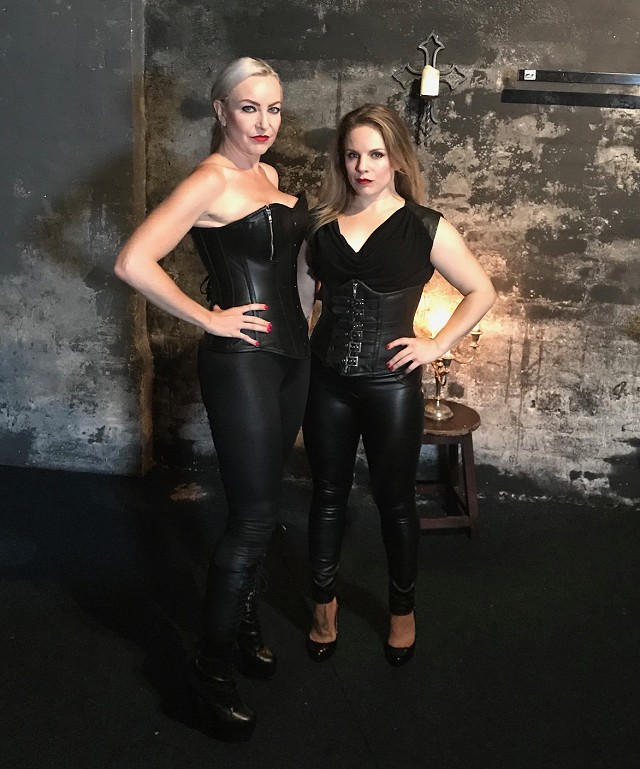 What a weekend! Two mega all day shoots, back to back! I'll tell you a little about both of them. Back to normal sessions again next weekend.

The first was for The English Mansion. I've worked with them since 2007 and have always enjoyed my shoots with them.  This time was no different, it was a very exciting shoot with lots of dommes including Mistress Sidonia, Mistress Whiplash, Mistress Evilyne, Goddess Anastaxia, Mistress Inka and Miss Annalieza.  We had a summer garden party with lots of fun. Firstly we had some amusement choosing slaves then playing little games with them by choosing a dice and related punishment - all whilst we were being served champers and cakes by maids. Then it was onto chariot racing! Next, we had some separate activities in smaller groups including foot worship, forced bi, strap on, messy food play with slaves in stocks for much humiliation and lots more fun! It was great to see some of my friends and meet lots of cool new ladies. Can't wait to see some photos from the day.

Then the very next day I had a shoot for a website that's been around for a few years now, Merciless Dominas.  Run by Lars, Oksana and Katya. They are a group of BDSM enthusiasts based in Europe that run the site as a kind of business with pleasure/hobby since late 2013. They film for the site 4-5 weekends each year at various locations across Europe. Based in Germany the owner comes over to the UK to do some of the shoots here and this time myself and Miss Hunter had a day of fun playing with various slaves. There was spanking, flogging, whipping, caning, ballbusting, CBT, foot worship, shoe worship and facesitting. Phew! The photo attached to this post was from one of the shoots on the day.

By the way, if anyone is interested in doing a double domme session with Miss Hunter and I, we are holding sessions together on 23rd November - book in now!

Join my mailing list for all my latest news on my session dates, touring dates, items for sale, upcoming videos, and more...

Clicking OK below will redirect you to my members site, which is hosted and operated independently of my main site by a third party. Should you not wish to be redirected, please click cancel.

Clicking OK below will redirect you to a page on my members site. My members site is hosted and operated independently of my main site by a third party. Should you not wish to be redirected, please click cancel.

All content featured on this site unless specifically stated otherwise is Copyright © 2002 - 2021 Miss Jessica Wood - All rights reserved.

All models are over 18 years of age, and have signed a release consenting to be featured. Records are kept in accordance with international law.

I solely use cookies for analytics purposes in order to give you the best experience on my website. Cookies are also required and used by CCBill© to track site referrals for members of my affiliates scheme. If you do not have cookies turned off in your browser I assume that you are happy to receive cookies from me.

If you would like to change your browser preferences regarding cookies, you may do so by following the instructions here